THE HISTORY OF THE TOWN OF IRON GATE

Home of beautiful Rainbow Rock and the headwaters to the James River, the town of Iron Gate, Virginia was incorporated in 1889 within Alleghany County, Virginia. Known as the “Gateway to the Alleghany Highlands,” the town is located two miles south of Clifton Forge along Route 220 next to the Botetourt County line. The town of Iron Gate has a total area of 0.3 square miles and a population of 388 individuals. The town has its own council consisting of a mayor, six councilpersons, and a town clerk. It also has a public works department, police protection, and fire and rescue service.

In its earliest days, the village of Iron Gate consisted of six houses in the gorge or “gap” near an iron furnace. This is most likely how the town got its name. However, there is a legend that there was an iron gate in the river that allowed boats to pass.

The founding of the town is a direct result of the Iron Age. During the 1880s, iron mines began opening in Alleghany County and the Alleghany Iron and Ore Company opened its blast furnace in the northern end of Iron Gate. There were enormous amounts of iron ore in the area and the proximity to the railroad made the site of Iron Gate an optimal location. Many men were employed by the company until 1919 when operations ceased due to competition of mined ore from Minnesota and forced them out of business.

Soon after this blast furnace arrived, a tannery was also opened and operated until 1951 by the U.S. Leather Company. The tannery was forced out of business due to a decline in leather use and an increase in the use of plastic and rubber. In 1954, the H.O. Canfield Company opened its doors in the plant and began the manufacture of rubber products. The plant has switched hands several times over the years and currently serves as a warehouse for Garten Trucking.

The town had been projected to be one of the largest cities in the Commonwealth and was surveyed in the 1880s. Considered a “boom town” in the early period of the blast furnace and tannery, there was much money lost in real estate investments in Iron Gate as lots were sold for as much as $500. The false projection for Iron Gate caused the same lots to later sell for $10.

During its more than 125 years of existence, Iron Gate has seen much come and go. The machine shop of 250 skilled employees is no longer here and the smoke stacks have been dynamited. There was once an ice house in the center of town that stored ice in saw dust until summer, a depot and train station with passenger trains, as well as a public school.  The once thriving rubber plant that employed nearly 400 workers is closed, too, and now serves as a warehouse for Garten Trucking. 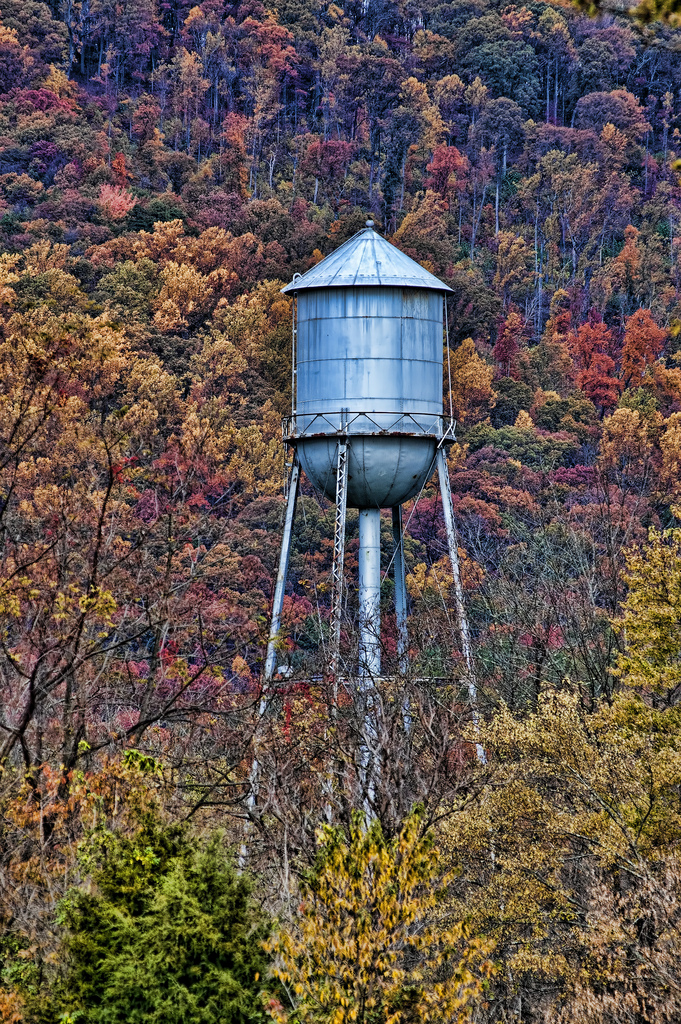